WinRAR 64 bit archiver was released after the 64-bit Windows operating systems appeared and became popular. Its algorithms have been redeveloped to maximize performance on new processors and operating systems. The developers have increased the compression and decompression speeds and used computer resources more efficiently than in the 32 bit version.

WinRAR x64 supports working with archives in all popular formats (ZIP, RAR, 7Z, TAR, etc.), and support for the new RAR5 format has been added in the latest versions.

After installing WinRAR you will be able to open and create archives directly from Windows Explorer without having to launch the software every time. This is possible thanks to the archiver's integration into the operating system.

One of the features of WinRAR 64 bit is that there are no ads, both when using the archiver and when installing it.

What is the difference between WinRAR 64 bit and WinRAR 32 bit?

The main difference is in the compression and decompression speed (most noticeable when working with large files). WinRAR 64 bit is faster than its predecessor but can only be installed on the corresponding edition of Windows (x64). Attempting to install the archiver on 32-bit OS will result in an error. 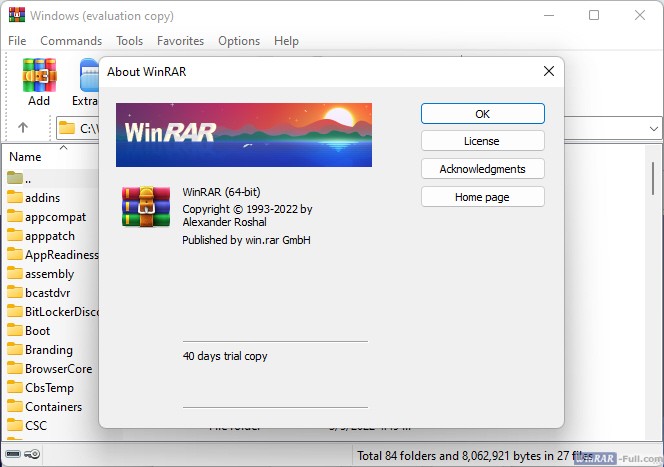 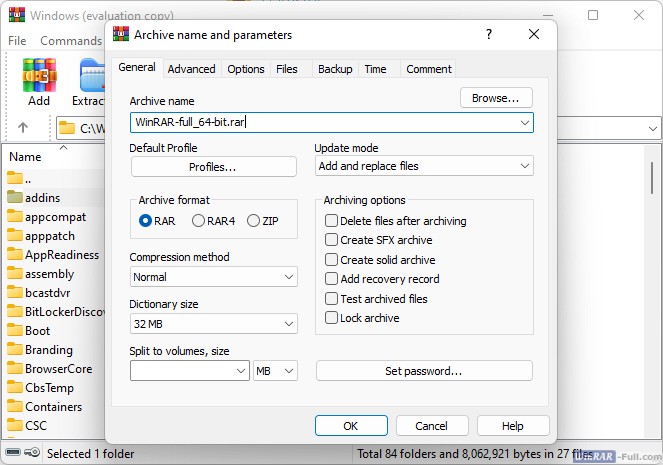 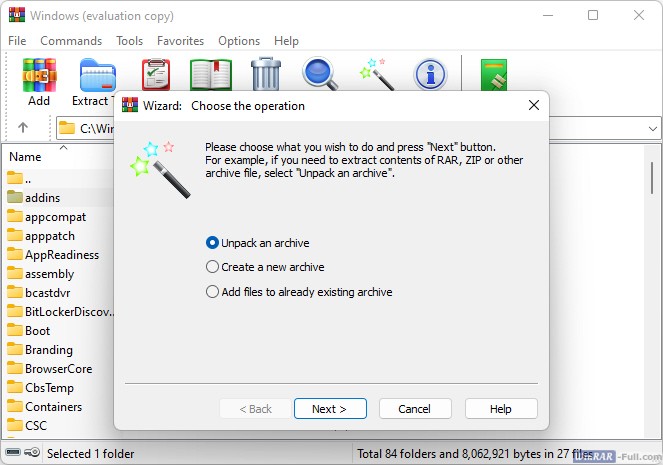 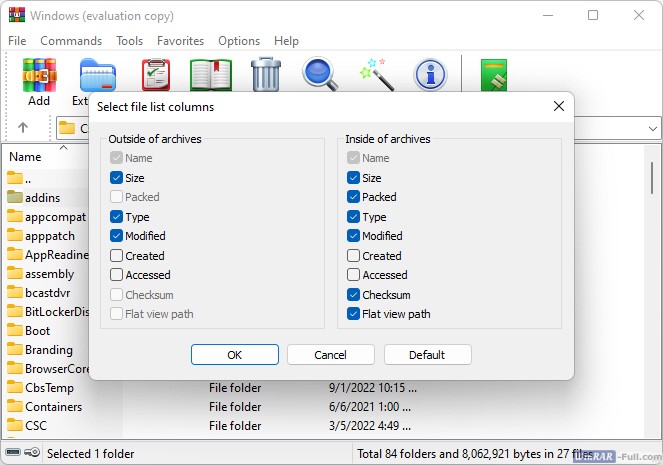 If you need a powerful high-performance archiver for modern 64-bit operating systems, I recommend you download WinRAR x64 bit for Windows 7/10/11 for free at the following links: